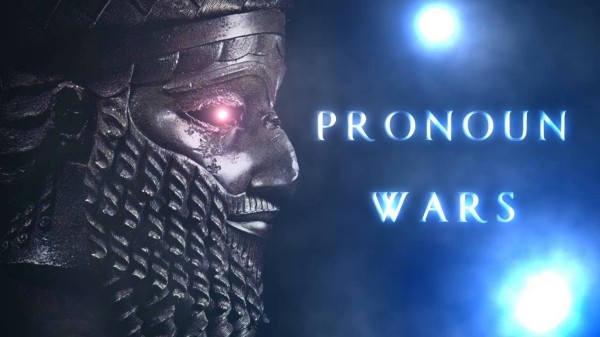 One of these ‘problems of their own making’ is currently facing the Scottish Government.  This is the Gender Recognition Act, or at least, the changes being proposed to it to provide more flexible protection to trans people.

First, a bit of background.  Trans people are able to receive legal recognition of their acquired gender through a process set out in the Gender Recognition Act 2004.  So those individuals who were born as a male, but wanted to live as a female, or those who were born as a female, but wanted to live as a male, were given protection from discrimination under the law.  Few would disagree with that objective.

Current law requires anyone who wishes to transition to go through psychological assessment to confirm a diagnosis of Gender Dysphoria and to have lived in their acquired gender for at least two years.  However, many trans people feel that existing laws do not go far enough and are overly complex and time consuming.  As a result of lobbying by several trans activist groups, many financially supported by the Scottish Government, changes have been proposed to the legislation in Scotland.

However, many trans women believe that laws should allow them to live their lives as any other woman would.  In particular, they argue that trans women should not be denied access to women only spaces, such as women’s toilets and changing rooms and refuges for women that had been subject to domestic abuse.  This view puts them at odds with the majority of women who are uncomfortable with sharing such facilities with individuals who are physically still male.  Unfortunately, the Scottish Government’s plans don’t attempt to resolve this issue.  Though they talk of preserving women’s safe spaces, there is no definition of what is meant by a woman.  Does it include or exclude trans women?  We simply don’t know.

The Scottish Government have initiated a public consultation to seek views on their plans, though comments made by Shirley-Ann Somerville seem to suggest that the decision has been made to press ahead with the changes no matter the outcome.  This has brought the arguments into sharp focus in Scotland, but, in many senses, what’s happening here is simply echoing what has happened elsewhere.  Trans activists have often adopted a very aggressive approach to putting across their point of view, often denying the very existence of human biology and sometimes even threatening violence against those outspoken enough to remind them of its existence.  For many trans people, any pro-woman comment will be interpreted as transphobia.

There are some particular aspects of this government initiative that puzzle me.

Firstly, why do the SNP continue to pursue a goal which shows every sign of reducing the support for independence.  There are many women (and men) who will put the preservation of women’s hard-won rights ahead of independence, especially if it’s the kind of independence that doesn’t include real independence for women.  On a practical level, there are a lot more women voters to lose than there are trans voters to gain, so where’s the advantage to the party.  Why, at this time, when independence has “never been closer”, are the SNP determined to follow this path?  Are there now individuals in the party who view the loss of independence as collateral damage on the road to a bright woke future?

Secondly, why are the party not taking disciplinary action against party members who have threatened violence against colleagues who have spoken out in favour of women’s rights?  Why has no disciplinary action taken against party members who have ‘shopped’ colleagues to the media?   There have been occasions in the past when party members have been accused of various transgressions by political opponents, Antisemitism is a favourite, and they have been thrown out of the party based on relatively flimsy evidence.  The phrase “kangaroo court” springs to mind,  but perhaps I’m being unfair to kangaroos.  But now it seems that political opponents don’t need to smear SNP members, because there are people within the party only too happy to do the job for them.

We know that a concerted effort by Trans supporters saw many elected to committee positions, including the Disciplinary Committee, at last year’s National Conference.  That might one reason why some on the committee are not keen to take action against Trans activists.  But why are the rest of the committee going along with this?  Is the threat of being called a transphobe enough to keep the rest of the disciplinary committee in line?  Have we got to the point where we are copying the French Revolution Reign of Terror or the ‘reds under the bed’ McCarthy period in the States?  Is this the SNP Pronoun Wars?  Is it true that the Disciplinary Committee is to be renamed the Committee of Party Safety?  Are party members to be forced to appear before the committee to be asked “Are you or have you ever been a terf?”.

Thirdly, why does anyone think that belief eclipses biology?  Putting on a dress and saying you are a woman doesn’t make you one.  I know it may be boring for some to see it repeated, but women really don’t have XY chromosomes, nor do they have a penis.  Those who are not women don’t have a vagina or a womb.  No matter how hard they try, a man may be able to live as a woman, but cannot become a woman, nor a woman become a man.

Perhaps there’s something that the most aggressive trans activists, you know, the ones who favour killing all TERFs, need to think about.  Women get pregnant and have babies.  Without babies, the human race would die out.  I know there used to be an idea that babies were delivered by storks, but without women, we’d better start breeding a hell of a lot of storks.  And we’d better hope female storks don’t get the same treatment as female humans.

4 thoughts on “To woke or not to woke, that is the question”