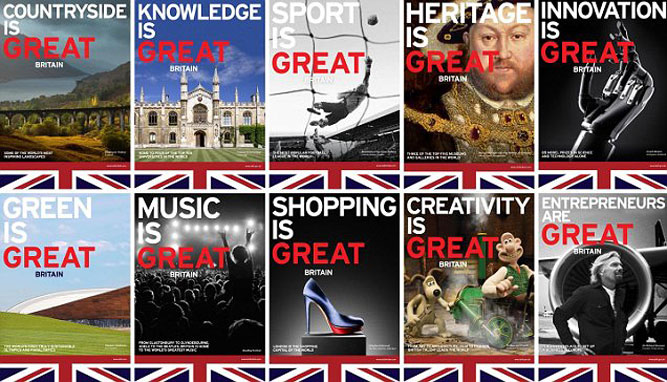 A fantastic explanation of our current situation and our government’s pathetic attempts, not to make things better, but to keep us in the dark about what’s going on, or more correctly, about what’s not going on, courtesy of Wee Ginger Dug.

On Friday it was announced that the number of people who died in the UK after being diagnosed with the coronavirus had risen to 980, a number which is greater than the daily total ever reported for Italy or Spain. Yet this figure is misleading. There is a difference in the way in which different parts of the UK report their figures. In Scotland and Wales, the figures given are for all deaths where coronavirus is mentioned on the death certificate. This includes deaths in care homes. The figures for England where the Tories are in charge are however only the number of those who have fallen ill with coronavirus symptoms and who have died in hospitals and whose deaths have been registered in the past 24 hours. The true number of deaths is going to be considerably higher, yet the British government does not seem disposed to let us know what that figure might be.

Possibly this is because the British state doesn’t want us to realise that the UK was badly placed to deal with this disease because of policy decisions taken by successive British governments over the years, because of the privatisation of public services and the lack of funding for social programmes that support good health and full employment. Maybe they’re trying to cover their collective arses because their handling of this crisis was a disaster from the beginning. Maybe it’s because they don’t want to scare us with the possibility that there are many more deaths to come. Maybe it’s a deliberate and cynical attempt to reduce the headline figures in an attempt to disguise the true extent of death toll from us because the herd immunity strategy that was pursued in the early weeks of the crisis has bitten this government on the bum. Maybe it’s due to some issue with the way in which the figures are collated which is perfectly innocent. I don’t know which of these scenarios it may be, or whether there’s some other explanation, and neither do you. This is because the British media doesn’t think it’s a worthwhile line of questioning.

1000 people are dying every day, you’d think that in a normal democracy with a properly functioning media there would be an outrage about that. 144 people have died in the UK due to terrorist attacks since 2000. Even on the UK’s government’s partial figures the number of people who are dying every single day from the covid-19 virus is seven times the number who have died in the UK as a result of terrorism over the past twenty years. It’s Hillsborough, Aberfan, Malaysian Airlines Flight 17, and the Herald of Free Enterprise combined, every single day. Yet the true figure is certainly higher, and the number is set to grow. And every single one of those who add to the number represents a human being, with dreams, with families, with ambitions, with fears, with loves and losses and a life no longer led.

Instead of the sound of a media that’s clamouring for answers with a steely eyed determination to hold the British government to account, there’s the syrupy symphony of sychophancy. The BBC merely parrots Tory propaganda, and promotes rousing messages from Ibris Elba as though it were the North Korean TV channel. Meanwhile the tabloid press has turned into a sickening chorus of fangirlishness for Boris.

We’re getting our intelligence insulted by the likes of today’s front page in The Sun, which helpfully informs us that Boris Johnson’s girlfriend Carrie Symonds has sent him copies of the scans of their unborn baby. And according to The Sun’s chief political editor, Tom Newton-Dunn, Boris Johnson is enjoying watching movies and playing sudoku on his iPad as he lies in his hospital bed recovering from his illness. We’re promised a lot more in tomorrow’s Mail on Sunday about how Boris is spending his time in convalescence – which movies he’s watching, how he’s doing with his sudoku scores. I can hardly wait.  It is all lovely, at least if you define sickening sycophancy as lovely, but it’s not exactly helpful to anything but the self-serving mythos of the liar and charlatan who wormed his way into Number 10 on the basis of made up stories about Brexit.

Cos here’s the thing. You don’t become a hero by virtue of coming down with an infection and surviving it, for all the attempts of the British media to paint Boris Johnson as some sort of martyr for Great British Spirit. The heroes are those who put their own lives on the line in order to treat the tsunami of victims who are overwhelming our health services. A task which is not made any easier by the Boris Johnsons of this world, who have cut public services to the bone in an ideologically driven austerity for which there was never any need.

Some of these deaths could have been prevented if different policy decisions had been made. Some deaths could have been avoided if the British government had followed the example of Germany or South Korea and adopted a rigorous policy of testing and tracing the contacts of those infected. Deaths could be avoided if medical staff had access to the protection equipment that they’re screaming out for. But hey. Boris Johnson is feeling better. Isn’t that lovely.

The reason that the media isn’t holding this woeful government to account is the same reason that the wrong policy decisions were made in the first place. British, or more exactly English, exceptionalism. It’s that exceptionalism which leads British nationalists not to recognise their own nationalism. It is the unshakeable, deep rooted, conviction that British is best, that Britishness is the natural state which is envied by everyone else. It’s a British belief in itself which cannot be nationalist because it’s inherently better. It’s the belief that because within the British state English priorities, politics, and policies effortlessly dominate the other nations of the UK that Britishness has somehow transcended mere nationalism. It is of course a delusion.

The ruling class of the UK is imbued with the unshakeable conviction that the rules and norms which Johnny Foreigner adheres to need not apply to a red blooded Englishman. When you represent a state which has just left the EU because it considers itself unique and different, you’re not going to quibble when the government proposes not to follow World Health Organisation recommendations for tackling the virus.

The English nationalist exceptionalist mindset means that it becomes expected, desired even, that the British state will follow a different model from the rest of the world even though the rest of the world is following a model which is proven, scientifically based, and which works. And it’s taken for granted that the ‘lesser’ nations of the UK will obediently follow Westminster’s example. Exceptionalism is why the British government squandered the lead that the UK had in the early days of the epidemic with its reluctance to introduce the social isolation rules that were already in force elsewhere. Because the British are special. The British are different. The British won’t tolerate the restrictions on their personal liberty that lesser breeds put up with. Exceptionalism is why the British media won’t hold the government to account for it – even though it’s an exceptionalism which kills. British exceptionalism is a lethal ideology.

The British state is however truly exceptional in one area. It’s exceptional in its disregard for its citizens, its lack of concern for the wider good, and its single minded focus on enriching those who are already wealthy. British nationalist exceptionalism is holding Scotland back, not because Scotland could also be exceptional. It’s preventing Scotland from being normal.

For those who want to find out more about Wee Ginger Dug’s blog or read some of his other posts, click here.