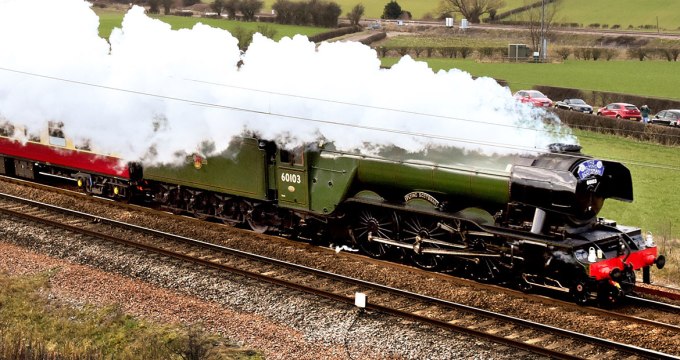 At the end of last week, Westminster decided that, over the five years from 2019 (known as Control Period 6 or CP6), the Scottish Government should be given £3.6bn for the development and maintenance of the Scottish rail network.  Sounds like a lot of money, doesn’t it?  After all, as the Westminster tells us, it is a 20% increase on the previous five years (or CP5).

But the Scottish Government are not happy with the settlement as they believed they should be getting £4.2bn.  So, what’s the justification for their claim?

Well, first of all, there’s inflation, which eats up about 12% of the increase.  So just to keep up with inflation, the CP6 requirement would be £3.36bn.  That means £3.6bn settlement represents only a 7% real terms increase, not the 20% figure that Westminster are keen to talk about.

Perhaps the comparative figures for England and Wales can shed some more light on the Scottish figures.  During the current 5 year period (CP5), Network Rail were given £24.5bn for development and maintenance of the network in England and Wales and this has risen to £34.7bn for the next 5 years.  That represents a 42% increase in gross terms and a more than 26% increase in real terms, dwarfing the Scottish figures.  Actually, the difference is much worse that even these numbers suggest, as the much higher population density in England and Wales means Network Rail can get a much higher level of income from passengers than is possible in Scotland.

It seems as if the Scottish Government are justified in their expectation of additional funds.  The reduction of £600m appears to be part of a deliberate decision by Westminster to reduce Scottish rail funding from the historically agreed 11.17%, based on the size of the network, to a figure closer to a population share of 8.4%.

Yet another blow to “pooling and sharing”?  The broad shoulders of the UK again seem to have developed a distinct slope when it comes to returning money generated in Scotland to the Scottish Government for devolved matters.

This says it all. What does it take to put some fire in the belly, or is it going to be all about an easy life and leaving it for someone else to sort out. Do we really want this or can’t we be bothered.

There’s an important lesson for Scotland from this week’s events in Catalonia. It’s a lesson that the independence movement in general, and the leadership of the Scottish government in particular, would do well to pay heed to. The lesson is that you don’t achieve self-determination without determination. You don’t become independent unless you think independently. Sovereignty, independence, and self-determination, all of them start in the mind, and all of them are meaningless unless they’re followed through with self-belief and taking action on that self-belief.